Helsingin Sanomat and various other news sites reported a TNS Gallup poll today which found that only 31% of Finns know which parties are in the Finnish governmental coalition. This was especially the case for the opposition Social Democratic party which a full third thought was a part of the gov't coalition.

The study found that young people under 25, and True Finn voters in particular have the lowest level of knowledge. Half of people under 25 thought the Green Coalition is outwith the gov't, and a third thought the True Finns were in the governing coalition (lol what). Out of Left Alliance voters nearly half thought the Social Democrats were a part of the governing coalition. Just another argument for raising the voting age to 30. 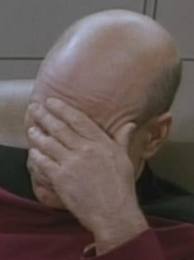 "These figures illustrate the realisation of the various parties' policies drawing nearer to each other," says Tommi Uschanov, a politics researcher. Congratulations Finland you deserve the True Finns. You've earned them 100%.
Posted by Joksu at 17:38