Introducing Juhani Mönkkönen and his campaign

This is apparently old news but I've not previously blogged about True Finn candidate Juhani Mönkkönen and his incredible anti-muslim election campaign. His MO is putting up signs at construction yards saying they're about to construct a mosque there, instead of whatever they might be constructing, with an internet link pointing to his web page. 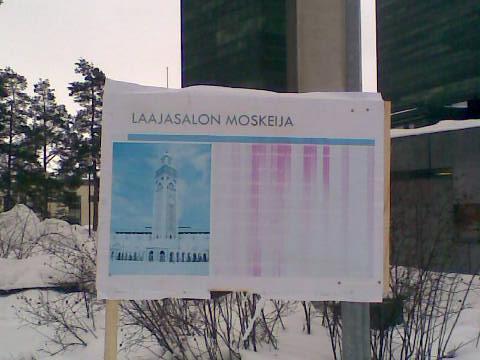 Islamisation of Finland is obviously a huge problem, with Islamic immigration dating back to 1868 and already almost a full 1% of the population being Muslim, we can safely say Finland will be a Muslim-majority country in the year 9011. Terrifying. 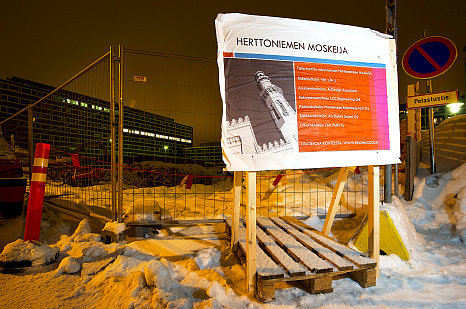 The signs are evidently pretty well made, listing an existing architecture office as the designer and even an electrician. (obviously without the companies' permission). The signs have been taken down a long time ago, so this was just a reminder.

But that's not all, mr Mönkkönen has also been spreading posters about "new neighbours" into flats in the Helsinki area, with house numbers and Arabic names.


But wait, there's even more! Mr Mönkkönen has also launched a website in parody of the Finnish Social Insurance scheme, called "Kelä Gold". It states, surprisingly that our social insurance money goes mainly to Muslim immigrants. This website has been reportedly advertised by spamming people's work email with links to the site, without their permission. When asked where he attained his spam list, he refused to comment on it.


See if you can spot the difference!

That's right, the "Kelä gold" concept is based entirely on a previous election gimmick by the extreme right Sweden Democrats party. The party is entirely anti-immigration, anti-muslim and has been publicly blacklisted by all the major parties in Sweden, who refuse to even consider working with them. Looks like once again Sweden knows best.
Posted by Joksu at 17:03